Here's a short update concerning my last saturdays evening!
My friends and me, we went to the Oktoberfest in Berlin. Officially it is already over, but yeah Berlin has extended it~
It's the first time, that I've worn a "Dirndl" and been to an Oktoberfest. 99% of the music which played in the location was unkown...for me lol..and yeah it was all in all an OK- evening for me, because the ppl were a pain in my neck because they always put their glasses next to me..or spilled beer over me...it was so disgusting.

Sorry for my make up faded away after 3hours between the sweaty ppl and rain from outside... 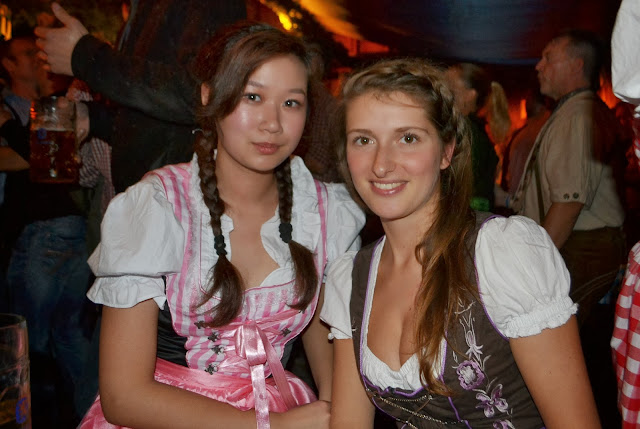 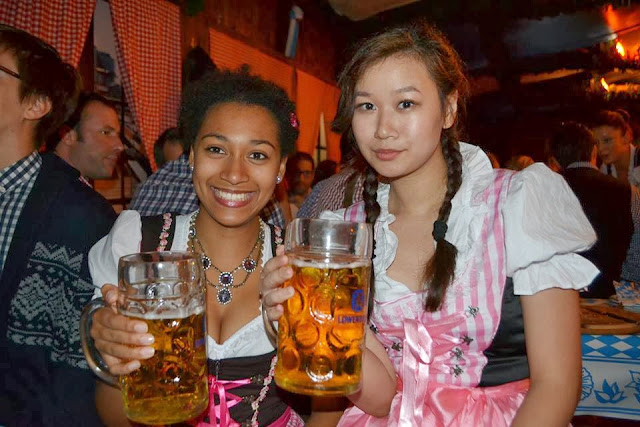 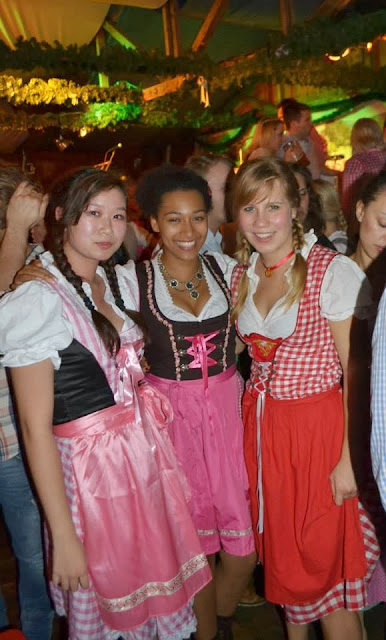 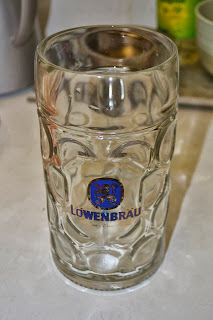 My sister wanted for her new appartment as a present, some pillows for her "cuddly/sit corner" and she knew that I always have creative ideas.
Here is the result of after 3 days of handwork. The sewing machine didn't work somehow...that's why I had to use my little Chinese hands. 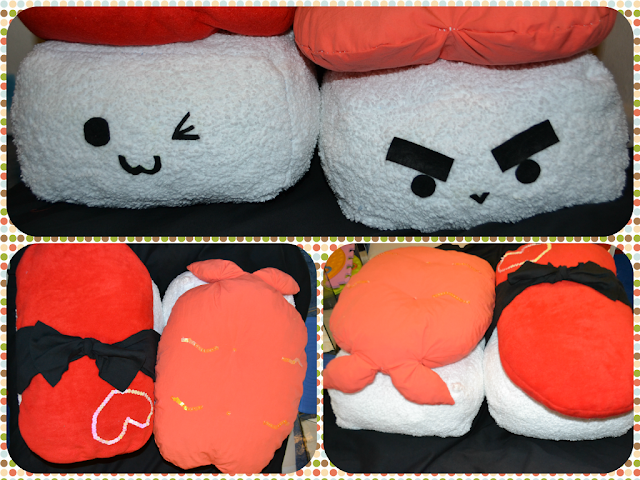 I have to admit that it (hem and outter appearance) looks more neat and clean than with the machine. I'm really proud of myself... ｡：ﾟ(｡ﾉω＼｡)ﾟ･｡ because it's the first time that I've stitched something together without mommys help or advices *laugh* ಥ_ಥ

Btw I had some other ideas concerning the face expression. What do you think? Should I've used another face?  ( ≧Д≦) 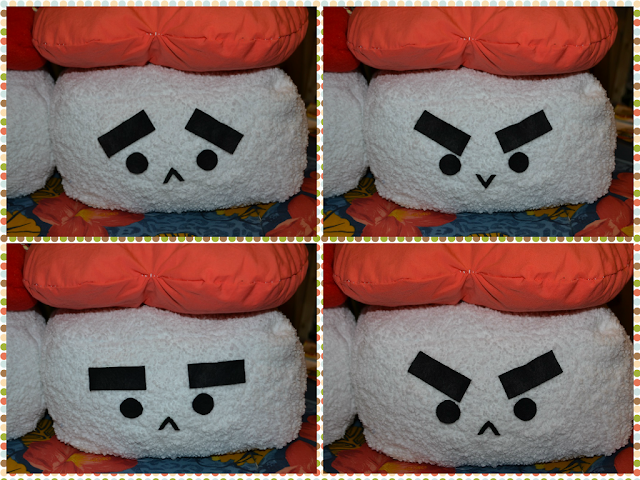 All in all. My sister loves their new friends. I'll probably stitch or sew a couple ONIGIRI and a MAKI roll to pimp up the sushi family. If someone is interested it. I'll perhaps do a tutorial, because it's really easy, even fo beginners!

Gamescom 2013 and trip to Nordhrein Westfalen

I was for a month in Nordrhein Westfalen to visit my friends and sister (July-August)
I misplanned my plane because ofmy exams....so I was for 5 weeks there instead of 8.. ヽ(*´Д｀*)ﾉ

I had a GREAT time over there. Pe and me spent nearly 98% of my trip together. I lived for some days at her place in Leverkusen, but also for some days at my sisters place in Wuppertal. (switching the whole time)

I guess.. I've done sooo many things and have seen soooo many cool and beautiful places, that I can't mention in one post...Because of this I'll shorten it to some main activites.

I guess...I've never been that much into cooking than the time at my sisters place. I mean look at this: 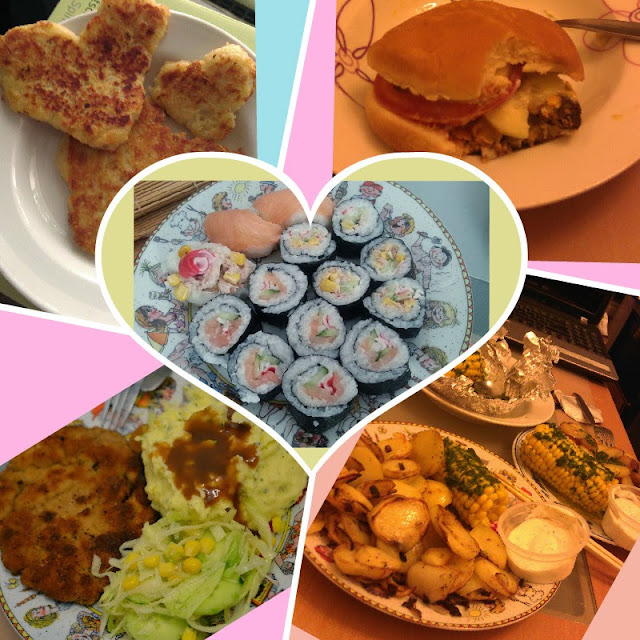 to be honest. I'm proud of my girls, my lovely cooking crew.  o (◡‿◡✿)

Well actually I don't know where to start with...because we went to Roermond outlet in the Netherlands, spent time in Düsseldorf, Collogne, Remscheid, Burscheid etc.

I guess I'll start with the shooting. A good friend of Pe and me needed some models for his project.
It's a big project but to shorten it...I should embody "the charity". 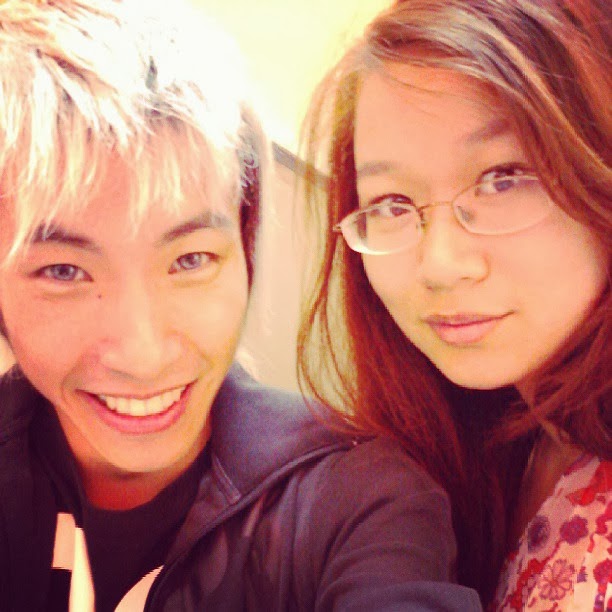 Levin Lee, a model and someone I like to talk with.

Well the first shooting was really bad...it was cloudy and I didn't know what to do...~ It's new for me since I've never had a "professional" shooting before...the outcome and some extra photos 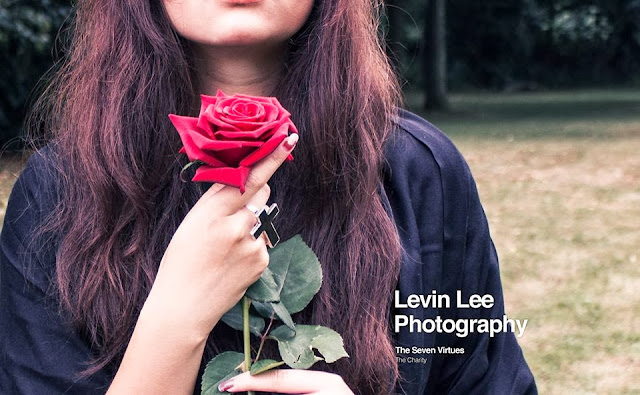 And photos outside the work ∩(︶▽︶)∩

I really look annoyed without noticing it.....(⊙_☉) but I was just tired...

Well what I want to mention! If you pass by in Collogne and want to eat good and natural burgers...go to Beef Brothers. They're really good and not that expensive. 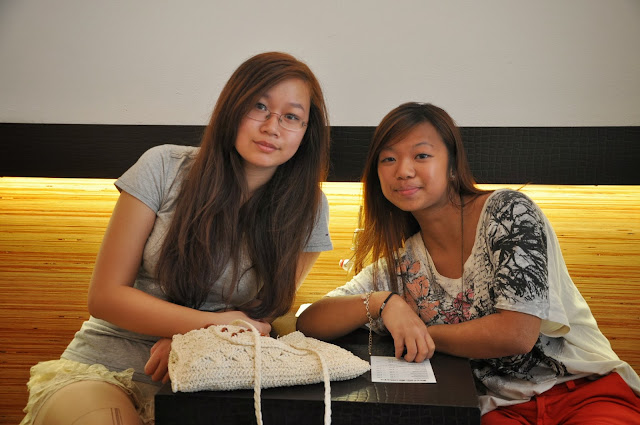 btw. I've bleached my hair, but I'll talk about it in the next post. 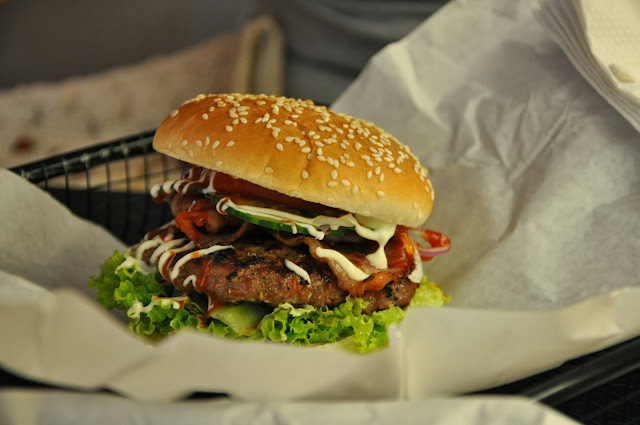 On the I don't know which day, my sister and her bf went to Bochum to the Cranger Kirmes!!!
I was really happy about it, because I missed the Kirmes in Düsseldorf (flight) =_=" and my sisters room is full of plushies, because her bf is really good at winning plushies...So I wondered how it would end... 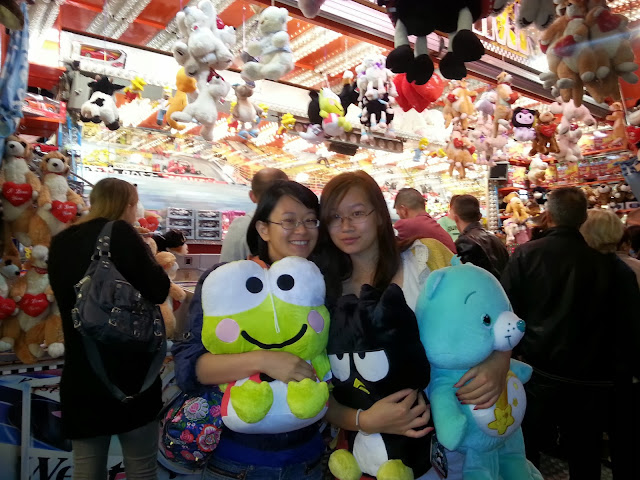 I've spent like 80€ on games and her bf like 200€?? Well to be honest...toooo much money. But we had a lot of fun. Because we stayed till 1am, where most of the ppl went home already! 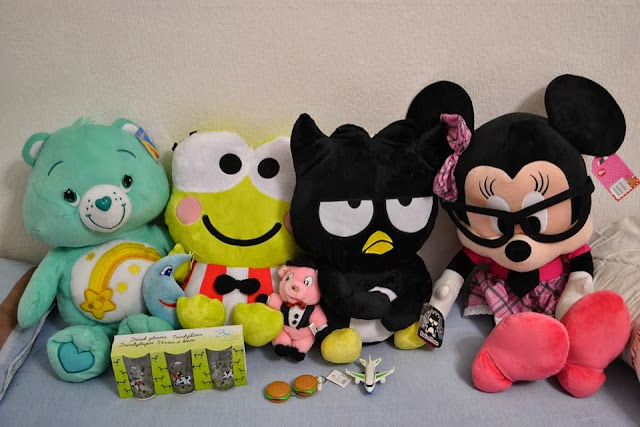 Aaaaand on another day Pe,me & a friend of her went to Phantasialand, but we didn't play there. We watched the Asian Night Show, which is every year..I've never been to Phantasialand before either (wow I really achieved a lot of things during this month)
This show was okay..the shows before were more spectacular because the Shaolin monks came and this year there were only some Asian singers and snake people (?)....kind of dissappointing. 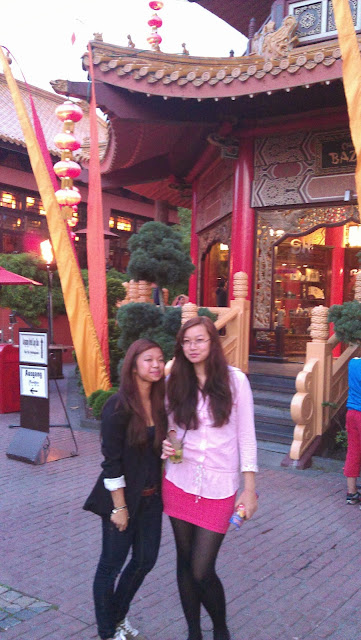 The so called "China Town" was the most coolest thing that I've seen on this evening. 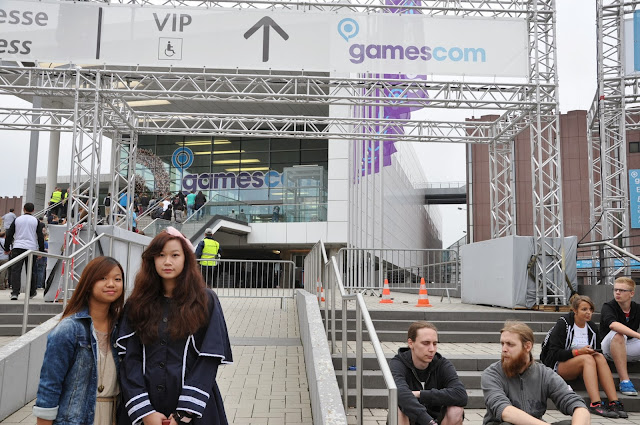 It's my first time being at the GC.
I wore a Gothic Lolita Coat with bunny ears and inside a pink lolita dress with black lace. 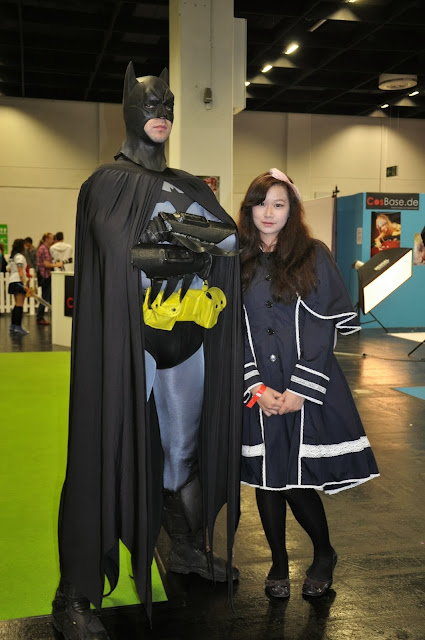 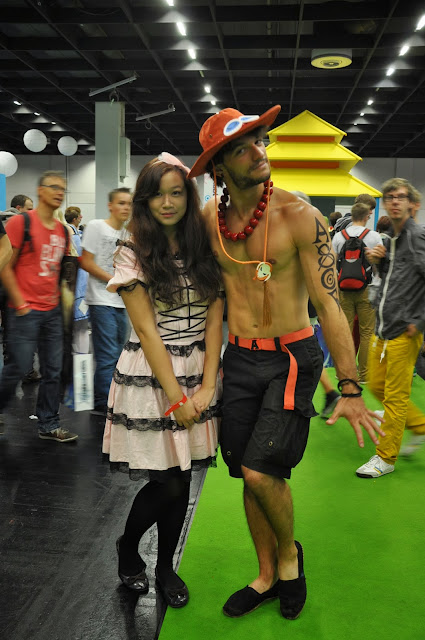 It's hard to meet some cool One Piece Cosplayer nowadays or I just pass by and miss them. But this time I've meet a cool Ace Cosplayer! 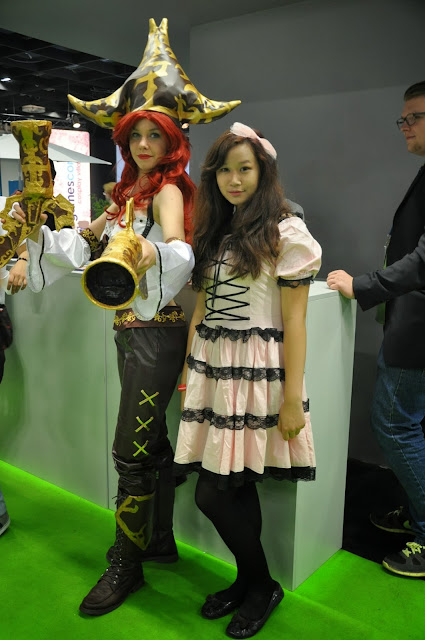 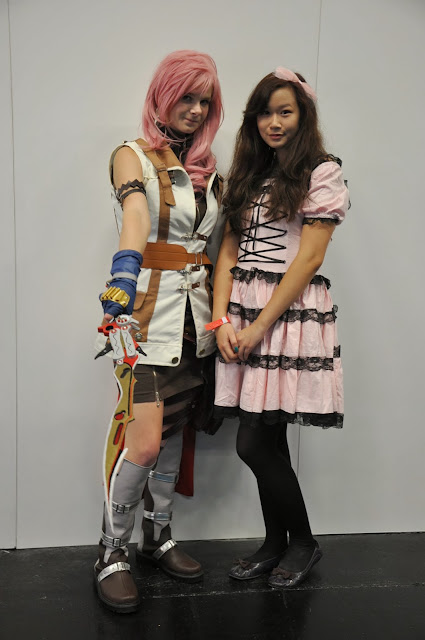 Serah Farron. I think her outfit was totally authentic! 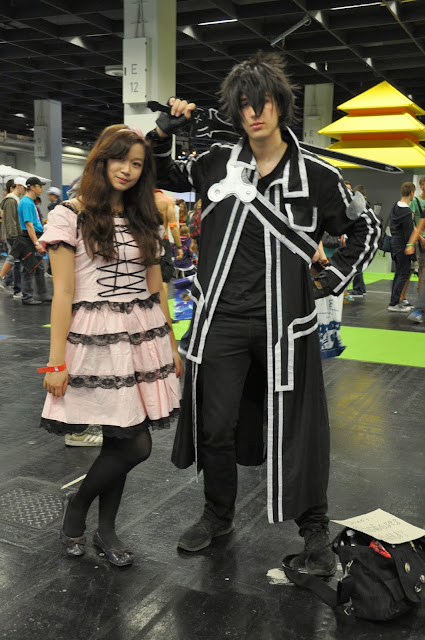 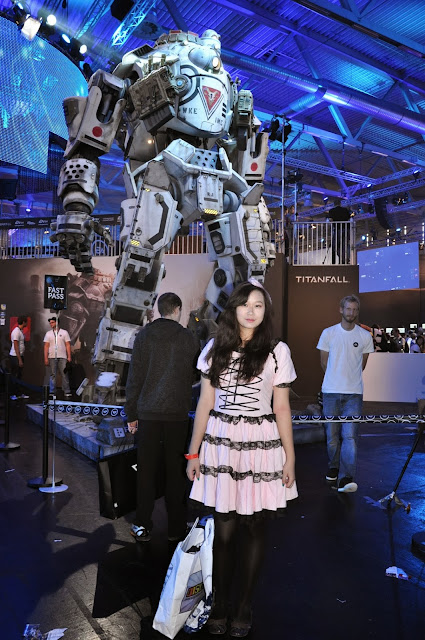 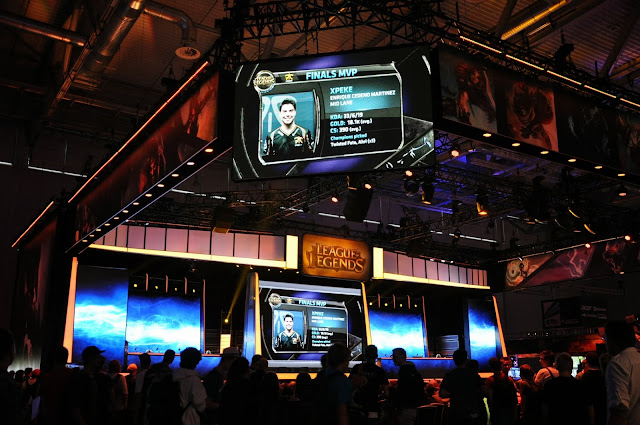 I didn't watch the championship of LoL but the hall was really nice built up.
I've even seen Soraka-, Riven-, Nidalee- and a Diana Cosplayer there.

End of my trip. Next day was the day, where I'd to fly back to Berlin. I really enjoyed it and I hope that I'll be there soon again to eat McDonalds ice cream every night with my friend, Pe.♥ 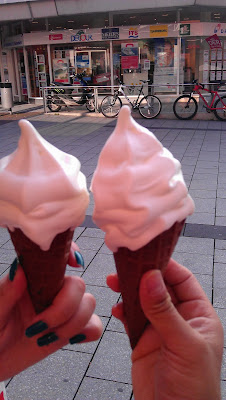 Meow Meow or just Meow
I´m a 19yr old student, who lives in Berlin. Besides of this I´m a passionated and creative person, who likes to share things, which fascinates me in my daily life. It´s a blog about lifestlye&Fashion Youtube: http://www.youtube.com/user/AngelParadiseKiss Tumblr: http://supermeowzzang.tumblr.com/